Don’t you stay at home of evenings?
Don’t you love a cushioned seat in a corner, by the fireside,
with your slippers on your feet?
[Oliver Wendell Holmes, Sr.] 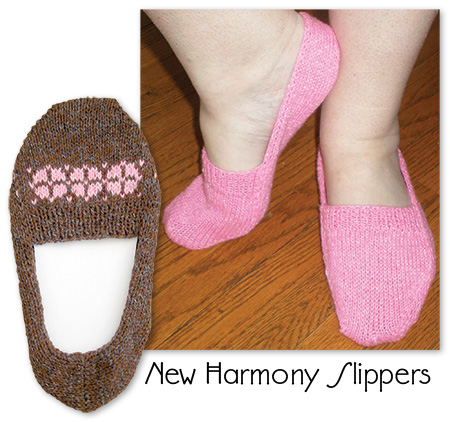 The New Harmony Slippers is the project I developed for part of this year’s program. The knitters who attend have been to countless classes so I had trouble thinking of something that wouldn’t be a repeat. I finally designed these slippers merely for their interesting construction. They have no sewn seams, but are not knit in the round in a way that socks are customarily knit. They are also a fairly brief project so those who were interested could finish at least one in the time we had together.

These slippers can also be worn in shoes like commercial footies or socks. The size is easily adjustable and the slipper toe can be knit in a decorative pattern. Plasti Dip or another synthetic laytex can be used to treat the soles if you intend these to be used as slippers instead of footies.

The pattern is offered for $2.50 on ravelry.com at this link 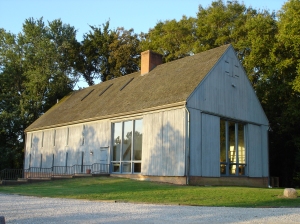 The hurrier I go, the behinder I get.
[Lewis Carroll] 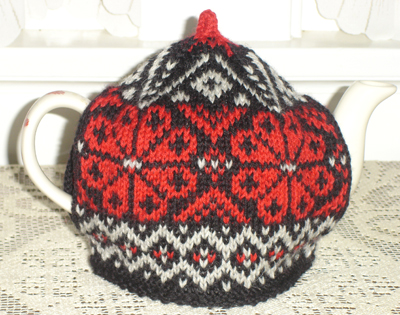 My April was full of activity, and my to do lists were longer than my time and energy. My blog posts were non-existent. Now that I have taken a long breath, I do want to share several things.

First, the Dayton Knitting Guild annual retreat at Bergamo featured Debbie Wilson as our teacher. The tea pot cozy in the photo above was just one of the projects. She also presented us with the challenge of knitting brioche stitch in the round. Hum-m-m. I got the gist of it but raveled my sample to knit the cozy. Debbie is an accomplished knitting teacher and a lovely person. I also enjoyed the yarn market and, of course, renewing old friendships.

Next, do subscribe if you don’t want to miss hearing about the contest. I plan to review the new knitting book by Charlene Schurch and Beth Parrott later this week. I’ll be drawing a name from the commenters on that post so that I can mail the winner a copy of their new book.

Third, my account of a trip on the Texas Eagle is coming soon. Instead of the Orient Express, it could have been called the Blue Bonnet Special.

History with its flickering lamp stumbles along the trail of the past,
trying to reconstruct its scenes, to revive its echoes,
and kindle with pale gleams the passion of former days.
[Winston Churchill]

Every place has its interesting nooks and crannies but some places have more than others. New Harmony, Indiana is one of those places. Robert Pence writes the following about that lovely little town:

A communitarian German religious sect, the Rappites, under the leadership of George Rapp, established a settlement first called Harmonie along the Wabash River in Posey County about 1815. They were industrious, producing silk, lumber, woolens, bricks and wine, which were traded as far away as New Orleans via the rivers. Their brick homes and buildings were among the most imposing and their standard of living among the highest in Indiana at the time.

Frontier isolation and distance from eastern markets for their manufactured products led the Rappites to return to Pennsylvania after only ten years. They sold the settlement to Scottish industrialist Robert Owen, who envisioned a utopian communal society based on learning. He brought in a “boatload of knowledge”, via the river, brilliant scientists, educators and scholars, but the community failed to prosper because it lacked people with knowledge of or inclination toward the basic skills of growing food and creating the artifacts necessary for the physical functioning of the community.

This village of less than 1,000 people is the site of many firsts, such as the first continuously operating library in Indiana. It is more than charming. It is a haven of culture and history so well hidden in a nook of Hoosier farmland that a traveler might miss it while speeding along the interstate.

It is also the place where we gather to knit, visit and share at the Barn Abby each October on a weekend retreat. I’m already gathering stuff together to take on our trip. I can hardly wait.